Thinking about productive cities, one foresees processes that bring together a set of elements addressing in an integrated manner a wide range of topics and generate resources. Initiatives cannot be launched independently. They must be adequately planned from end-to-end, taking into account the overall context as well as inputs and outputs. Following this line of reasoning, the proposal ambitions to focus on long term needs and to foster the Making it Local concept.

The approach developed links together several projects. Hence, it can be described as an organized complexity that, on the one hand, is both rational and realistic, relying on what already exists and on the new ideas that it may generate, and on the other hand, meets the reality of the Guebwiller ecosystem, notably its history, its social and economic aspects as well as its geographical specificities. Such an approach should prompt a participatory process involving the local communities and their engagement in proactive actions. Through the people we have met in Guebwiller, we are deeply convinced that little incentives will produce great results.

Affected by cessation of activities and closings, the site, once a highly living and working place, has become more and more anonymous over the years, losing some of its attractiveness. In order to restore the latter, which is necessary to bring back economic growth, one needs to revive and re-energize the site, with lively public spaces and community-based initiatives. 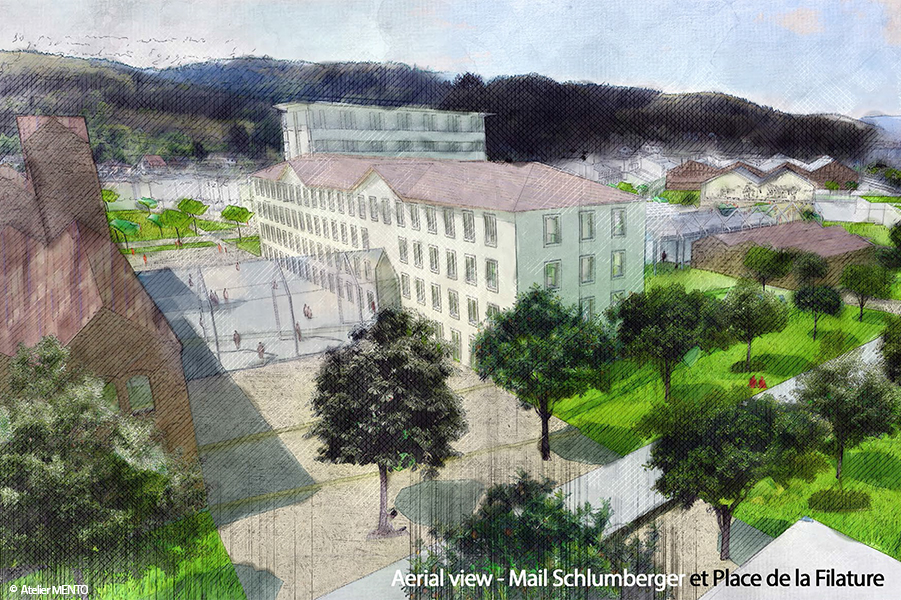 The different projects of our approach aim not only at leading to the local production of goods, such as food, honey, beverages, cosmetics, but also at providing housing, entertainment, work, social services, green energy, education, leisure, etc… They will also make people communicate, share knowledge and be more committed to each other and to the development of their city.

Nowadays, as we are facing important environmental, economic or political issues, innovative approaches to cities are required. We strongly believe that productive cities can be built upon environments where people feel that sense of well-being that stimulates their creativity, which is an undeniable factor of productivity. This is what we are seeking for the city of Guebwiller and its inhabitants. Our objective is to provide them with such an environment, and to offer them new opportunities for personal and community development, as well as for economic growth. 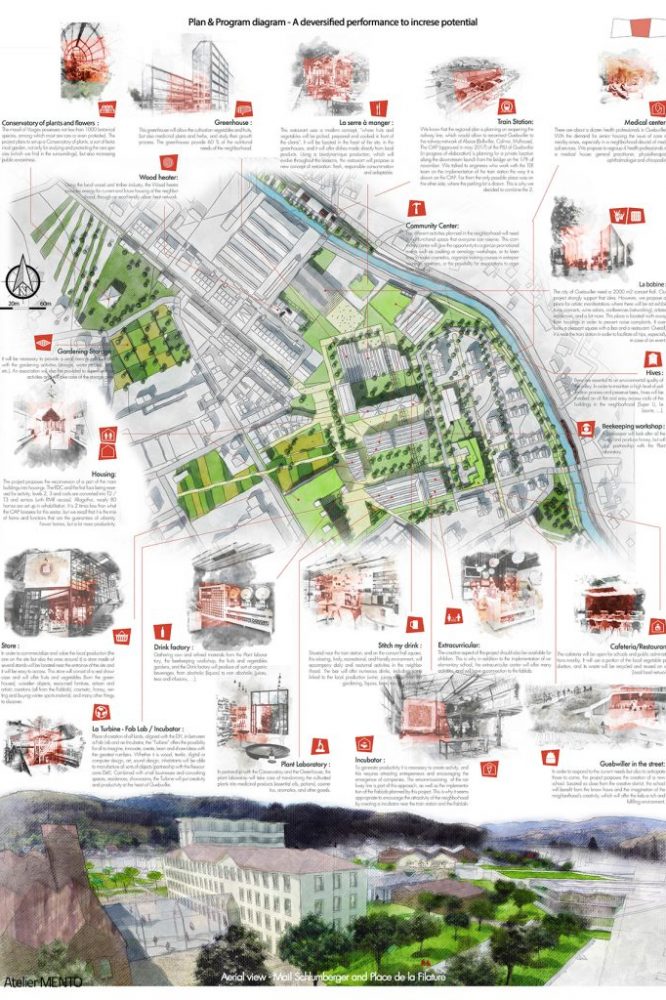